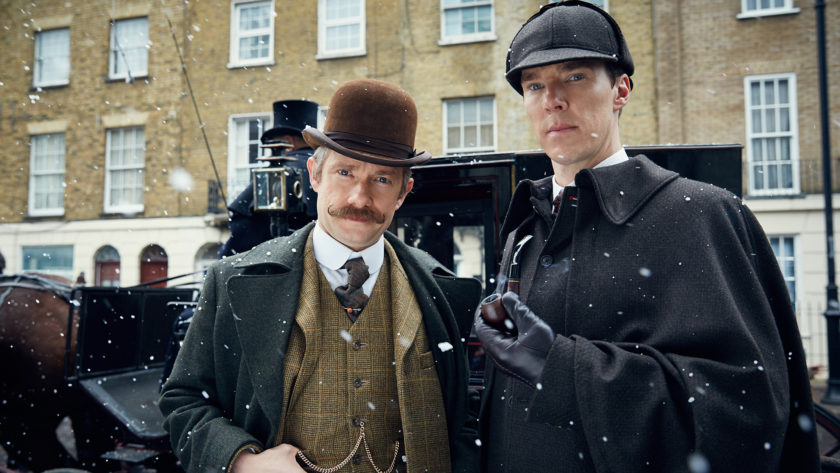 When learning about a Sherlock special to be aired round Christmas, the speculations where afoot. A special! Not only way ahead of series 4 that will be aired some when on 2017 but a sort of stand alone episode settled in Victorian London! How would this fit into the beloved Sherlock situated in our times in London, with the beloved sociopath using every new gadget including the internet of course to help him finding the solution of his cases?

To be honest: Mark Gatiss and Steven Moffat not only created a good film that was entertainment. It was full of hints both to the original canon and the genius Sir Arthur Conan Doyle who created perhaps the most famous detective who has never lived and who will never die. It was also a bow to the fans offering them lots of hints to previous episodes. All in all “The Abominable Bride” was a fantastic ride, although settled in an area without modern day’s stress and hectic but with cabs instead of taxis or the tube, with letters and telegrams instead of text messages or emails, that didn’t lose the dynamic that is one of the defining parts of BBC’s modern Sherlock. Together with the brilliant cast and crew that put all their love and abilities into every single scene, this episode has everything the fandom wanted. And so much more.