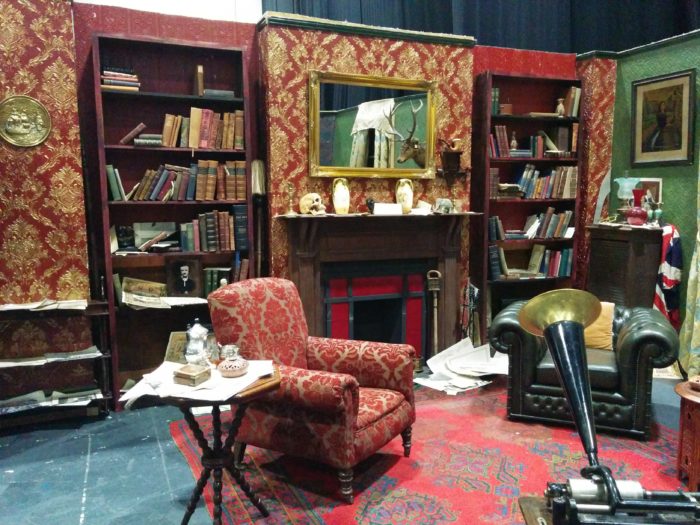 Every once in a while, Sherlock fans leave their usual surroundings (which some strongly believe is the internet) to come together and chat about their favourite show in real life. A perfect date is the Sherlock convention – Sherlocked – that took place again in London’s Excel from 23rd to 25th September 2016. After Benedict Cumberbatch was announced only four days before the event, I decided to change my plans and attended Sherlocked for Saturday and Sunday.

I soon realised that it was the right thing to do because I wanted to get more of the talks, due to a very busy schedule last year I missed a few I was very interested in. So this time, I had a very relaxed Saturday, switched between main and second stage, listened to Una Stubbs, Wanda Ventham and Timothy Carlton, got lots of insights into the work of Arwel Wyn Jones, chatted with Michael Price and David Arnold – all of them were very lovely, kind and funny. Sunday was Benedict’s day, although I didn’t get a personal photo shoot with him, I was very happy walking into the Victorian set of 221B Baker Street where he was already sitting in Sherlock’s chair. Don’t know if it was because of the my tee (I wore one with “Proud member of Cumbercollective” written on it – you can find similar ones on Redbubble) but Benedict smiled and seemed very happy to be around. “How are you?” he asked in his familiar voice. “Where are you from?” (Sorry, didn’t answer because I realised the question ages later) – the few minutes it took the photographer to take my pic were over. But I managed to say “Thank you, have a lovely day and take care” while Benedict reached out to shake my hand. “Thank you. You too,” he smiled while I desperately tried not to fall over my own feet and find my way out of the set.  Later I learned that his agency took a behind the scene shoot and tweeted the picture. My Twitter ran mad.

Madness is probable the expression people have in mind when they learn that fans are travelling from all over the world to meet  Team Sherlock. And maybe you can’t explain the very special atmosphere that hovers around in that huge halls where Sherlocked happens. Beside the fact that you can dive totally into a fictional world and forget all your real life problems, you find people not only with the same obsession. You find a very special bunch of people, friendly, funny, interested in lots of different things and always ready for a chat. People who established friendships over frontiers and continents because of Sherlock and thanks to the internet.  And I have to write that it is always something very precious stumbling into people who recognise me from my Twitter. It’s sort of magic that hopefully will never end.