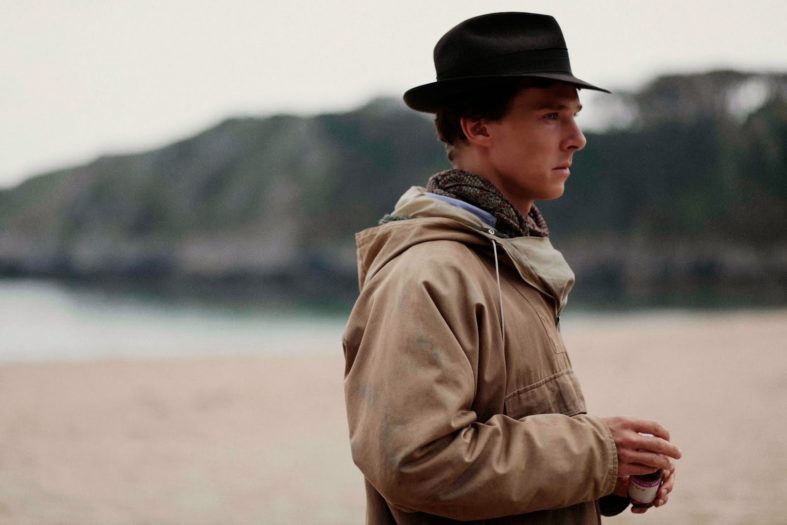 It’s not a light hearted film that will cheer you up. Yes, there is a birthday party at the beginning of “Third Star”, guests are happy, table is ready for them. But somehow things are not real. That’s because James Kimberly Griffith (Benedict Cumberbatch) has cancer. It will be his last birthday and everyone knows this.

“I’ll turn 29 today, won’t see 30”, says James at the beginning and sums all the tragedy in one sentence. He introduces his family, his best friends who drop in and within a few minutes the audience is hooked while James and his friends Davy, Bill and Miles are up to their trip to Barafundle Bay, James’ favourite place on earth.

“That’s not worth living for”

The trip shows all the tragedy of every one of them, having their lives they are desperately trying to cope with while they are focused on James. It’s because of him they come together – as we learn for the last time in his life – they help him, they have a vehicle build especially for this occasion, they carry him because James’ can’t walk properly any more. And they learn that James is only still alive because he swallows lots of drugs, especially morphine, to help him deal with the pain. While James sees his surrounding like a child – laughing at normal things – he’s wide aware that he doesn’t want to go on with his life. “Because of the pain, and the drugs I take for the pain, and the drugs I take for the side-effects of  the other drugs. (…) Gradually I’ll slip further into thinking solely about pain. And that’s not worth living for.”

“I ate healthily, but there was no snacking, no drinking, no bread, no sugar, no smoking.  Afterwards I had a pork belly roast.” (Benedict Cumberbatch about his role, Source: Glamour)

“Third Star” is heartbreaking in it’s intense focus on James who is fragile and rude and well aware of all of his surroundings and of the fact that his friends  – brilliant played by JJ Field, Tom Burke and Adam Robertson – will have lives he doesn’t agree with but lives he will never be able to have himself. Benedict Cumberbatch’s James is fragile, childlike in his joy of ordinary things and always holds his public at the edge of tears (and honestly beyond this edge) without being kitschy.

[I wrote the original blog entry in German when the DVD finally was available again.]

You can buy the DVD on Amazon.UK here.

[Update: The film script is now available. You can order it here.]

[Update: The film is available in some countries on We are colony. Extras which are not available in the DVD can also be found there – for ridiculous little money you may support independent films.]