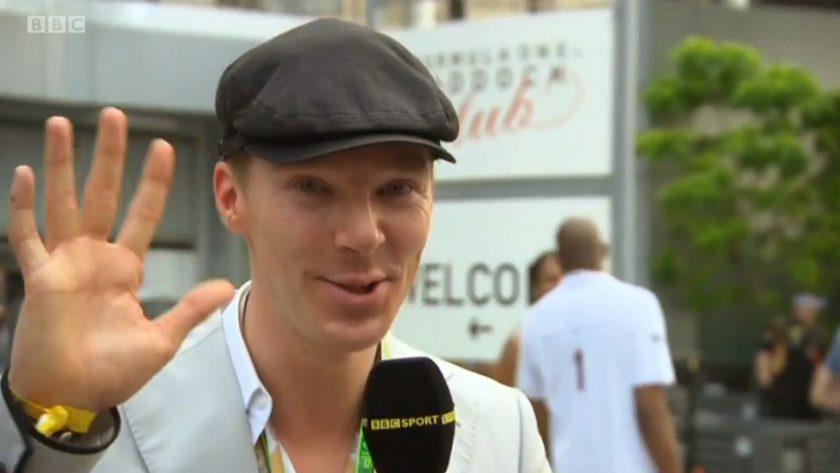 So you do have a hobby? You are addicted to your plants in the garden, you’re passionate when it comes to cooking and baking and you are a fan of a football  team? Relax, everything is fine, there is nothing to worry about – at least till it comes to Benedict Cumberbatch. What a comparison, you may think (I see you are shaking your head) but think it over.

“Your loyalty means a lot.
It gives me courage to take risks
and enjoy what I’m doing.”
Source: Indiatoday

Of course you get the parallels. Would you say being a fan of lets say football makes you automatically insane and stupid? No? Why do you think Benedict’s fans are insane and stupid? Why do you think that they are foolish girls only dreaming of their idol, unable to talk in full sentences, only sighing and swooning and screaming? It’s because you don’t really understand what this fandom is about, maybe because you only read the headlines of the yellow press which will always use “Cumberbitches” to lure more clicks on their websites and more readers to their papers instead of keeping up to date and do their researches properly as Sherlock would grumble.

To set the record straight: Yes, members of the Cumbercollective (and of course the author of this blog) are chatting about Benedict, his appearance (Did you see his hair? Doesn’t this colour fit him well?), his beautiful voice (best listened to with earphones), his hands (yes, they are very huge) or his clothes (Tuxedos & suits! Scarfs & Flipflops! Hats & Glasses!). With his ability to play every characters on the big screen, on telly or doing radio plays, Benedict proves that he is in fact a class of his own. And he forces his fans stretch their brains, learning about such different topics like code breaking because of Alan Turing and the upcoming film “The Imitation Game”, motion caption and JRR Tolkien because of the dragon Smaug in “The Hobbit” or tyres and high speed cars because he was at the Formula 1 race in Kuala Lumpur. (Yes, there are pics from an Jaguar ice driving course in Finland – but who cares about the cars?)

It is true that fans come together because Benedict is out there, but what is so special about this fandom is that many fans are grown-up women, getting their daily stuff done in real life, are interested and well informed about such different things as literature, films, sports, architecture, history and politics. Many are fluent in at least two languages – English is mandatory if your want to listen to Benedict’s voice – and always ready to help. Want a magazine from another country, a mug from a shop that doesn’t ship abroad, tips for your next trip to US, not sure if the DVD works in your country, badly in need of a live stream? Just drop a line on twitter – and get answers.
Don’t worry if it takes a few hours till they get back to you: Cumbercollective as a whole is always wide awaken and literally everywhere in the world. Due to time shifts they are on duty or simply asleep.